Devin Booker has agreed to a 5 year 158M Max contract extension with the Phoenix Suns.

Devin Booker is entering his 4th season and he will 22 years old during the 2018-2019 season.At the age of 21 the Phoenix suns have decided to put this franchise in Booker’s hands. I believe this is a good sign and he gives the franchise stability. This signing gives this team hope for a playoff run within these next 5 years.

We expect this Phoenix team to be lead by there young “superstar” into the playoffs sometime in the near future.

Can he lead this young team realistically to the NBA playoffs every year out?

Could he bring them a championship? 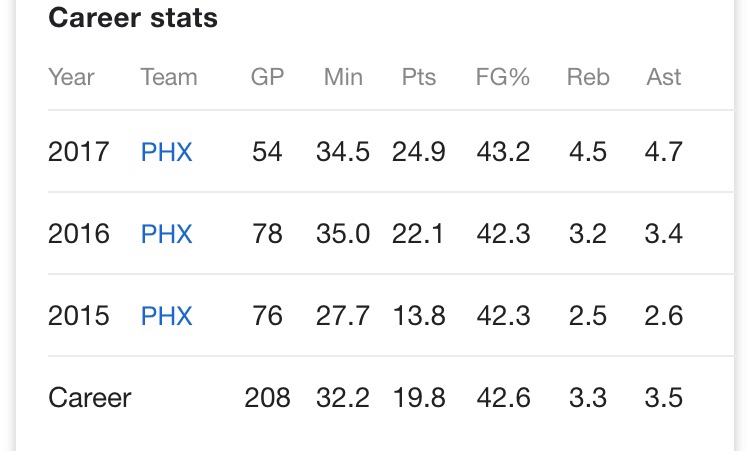 My eyes: What I need to see from Devin Booker.

Booker is a special player. HE IS MUST WATCH! He can really get going offensively. His game is beautiful to watch when he is hitting on all cylinders. Devin Booker’s game is all about him getting to his spots on the court. He already having one of the highest scoring games in NBA history with a 70 Point game. Offensively he is as polished as most veterans in today’s game.

What he can work on:

He needs to work on his defense, making on court decisions, and being this teams unquestioned leader.

Adding-Two 1st rounders this year in the draft, with the first pick in the NBA draft being Deandre Ayton, 19. Ayron’s future is extremely bright and he has the potential to be a top player in today’s league.

Mikal Bridges who they traded for on draft night with the Sixers. Bridges a proven winner at Villanova.

They also added veteran Trevor Ariza for his leadership/defense/ & shot making ability from 3.With these additions 2018-2019 I expect the Phoenix Suns to be on the outside fighting for a western conference playoff spot. I can see this team as constructed today (Seeding) anywhere around the (10)seed ( 14) seed in the west. Battling anywhere from 35 wins – 47 wins.

Which would be a huge improvement to last years season where they finished where a ugly record of 21-61.

-Do what you love-

ANDREW WIGGINS – YOUR TIME IS NOW